Wednesday, May 30 at 2:45pm is when my first radiation appointment was. I will be having radiation daily for 5 weeks. That’s 25 appointments total. Every Friday I would see my radiation oncologist as she would check my skin and answer any additional questions that I may have.

Radiation therapy treats cancer by using high-energy waves to kill tumor cells. The goal is to destroy or damage the cancer without hurting too many healthy cells.

This treatment can cause side effects, but they’re different for everyone. The ones you have depend on the type of radiation you get, how much you get, the part of your body that gets treatment, and how healthy you are overall.

There are two kinds of radiation side effects: early and late. Early side effects, such as nausea and fatigue, usually don’t last long. They may start during or right after treatment and last for several weeks after it ends, but then they get better. Late side effects, such as lung or heart problems, may take years to show up and are often permanent when they do.

The most common early side effects are fatigue and skin problems. The worst side effects usually start at the 3rd week and lasts up to 6 weeks after radiation is complete. The skin can burn, blister, & get very tender. But I’m applying a special steroid ointment and a radiation ointment to my breast 2 times a day to cut down on the side effects.

But hey, it’s NOT chemotherapy!!!

I still get asked why am I receiving radiation treatment if my lymph nodes were negative when tested (if they were positive it would mean that my cancer has spread) & my tumor was under 5 mm. Yes, those are both true BUT when you add all my tumors together they were larger than 5 mm so radiation it is! Plus it will decrease my reoccurrence rate from around 25% to less than 5%. Yeah!

One of my tumors was against my chest wall and this is the area that they will be treating. My margins were clear after surgery but this particular area only cleared by .5mm, so very close! The area is also very close to my lung, so they will be monitoring this area very closely as they don’t want to damage a piece of my lung.

I went in for a consolation a week before and they measured and determined the exact area the radiation would be hitting. I received 4 tiny dot tattoos around my chest to make it easier for the nurses to line me up for treatment.

The first treatment, I was nervous as it was a whole new process. I checked in and the front desk clerk showed me what to do. As I have a card that I scan and check myself in and then I grab a gown, change, & sit in the special waiting area. You just have to take off your shirt and bra as leaving on any pants, shoes, & socks is ok, even jewelry!

So I changed into one of those oh so sexy hospital gowns and took a seat.

They called me pretty quickly and here goes nothing!

I sat on the small table as the two nurses lined me up. I placed my arms over my head and held on to two bars that were by my ears and then my legs were straight in front of me. Then I was asked if I wanted any warm towels for my arms. (Yes please, always!!).

I was in position to start and the machine did 2 small rotations (probably took 90 seconds) and I was done. It was pretty simple.

I was told that once a week I would be receiving an X-ray to detect if my placement is correct & to see if I’m swelling. They also measure the area once a week.

I was sailing through the weeks pretty quickly. The biggest inconvenience was the actual driving across town daily to my appointments. Radiation doesn’t hurt during the actual procedure, or at least it didn’t hurt me as everyone is different. This is probably the most common question I get asked. The only pain involved was comparable to a slight sunburn after the daily dose of directed radiation had built up and burned the skin. By the fifth week, I had developed a burn where the underside of the breast rested against the chest and the skin wasn’t able to air out.

I was still pretty gentle on myself since I started radiation only 3 weeks after completing chemotherapy. Fatigue set in the first two weeks pretty bad. I would come home from my appointment and lay down. This was my quiet time to myself to reflect on the day or to actual sleep. It was nice to start this habit to take me through the whole 5 weeks of treatment.

Another thing that stood out during radiation was the staff. I have an excellent radiation oncologist and her staff is just as kind. They were all pretty young, very informative, professional, & supportive. I bonded with quite a few of them in the short amount of time. They were cheering me on during the last week in completing yet another treatment.

The photos below reflect my radiation treatment with the nurses, actual machine, & a fancy radiation wrap that a dear friend bought for me to wear. 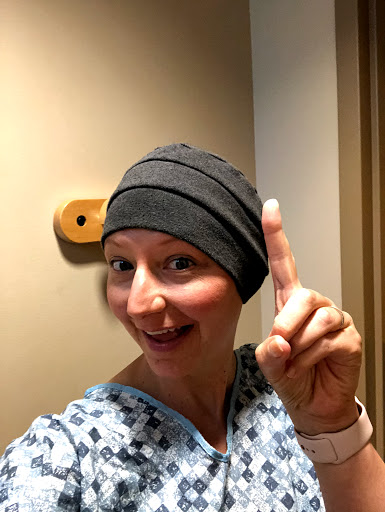 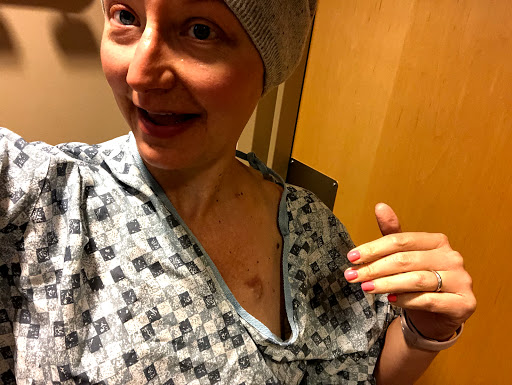 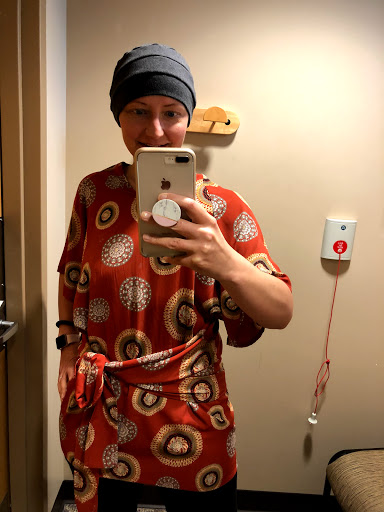 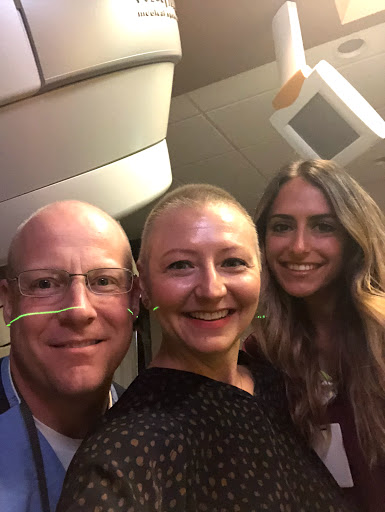 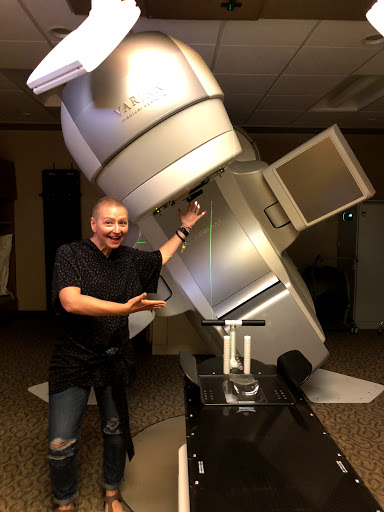 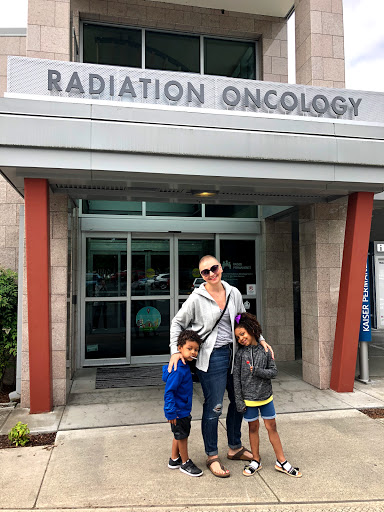 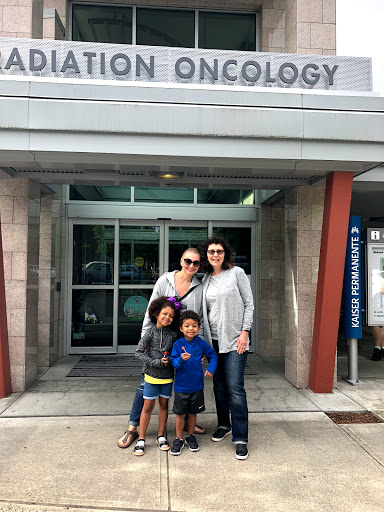 Popular posts from this blog

I get asked daily if treatment is over, if I beat cancer, if I’m cured or am I finished with everything. The answer is NO. I’m here to educate you a little bit, I’ll never be 100% cured from cancer, I’ll always be fighting in some way & for the next TEN years I have to take these little pills called Tamoxifen. Don’t google it, you won’t want to read all the side effects (its typically like taking a tiny dose of chemotherapy daily).  I’ve had my first surgery, gone through 8 rounds of grueling chemotherapy, 56 shots, 25 radiation treatments, & now this.... hormone blockers. My cancer was hormone receptive positive so I have to have hormone therapy. These pills that I received in the mail today are what I’m MOST terrified of during my whole journey, the part I’ve been dragging my feet on and dreading the most. The side effects are outrageous, my body could start breaking down again, my body has a chance of never really recovering, & to be honest most days I get out of bed an
Read more

June 29, 2019
I had my last surgery on 6/28/19. This was my 2nd reconstruction surgery as my plastic surgeon originally told me that I would take a couple surgeries to even out my chest. I had a unilateral mastectomy meaning I have one real breast and one fake. Plus I had radiation after chemotherapy and radiated skin makes everything even harder to to operate on. And then my upper body is pretty petite so making small adjustments during surgery was the safest way to go. As I sit in my hospital bed getting preped for surgery I started thinking about my life since diagnosis. I’ve gone through hell and back. I’ve had some hard days and even harder days. Cancer takes so much away but in a strange way, it’s also given me so many opportunities. I’ve meet some incredible people, I started a blog, my story was featured at the breast friends gala, & I was cast to be in a movie. Meanwhile I’m able to run without my hip hurting, I can kick ass in a Burncyle class, I walked Portland to Coast, & I’m co
Read more

One Year Since I Started this Mess 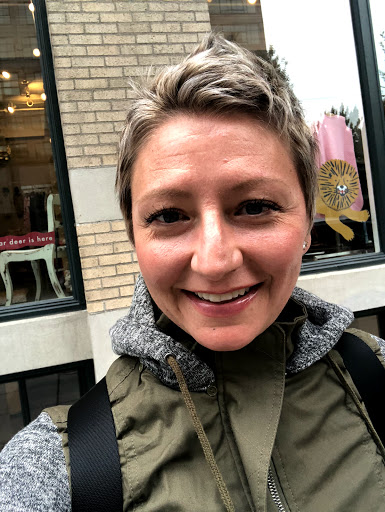 It’s been almost a full year since I was diagnosed with breast cancer and since October is breast cancer awareness month, I thought I’d share what I’ve learned during my journey: * SLOW DOWN & SMELL THE ROSES. I find myself slowing down and taking in more of the special moments. I used to be a person that rushed through everything, overbooked myself, & never really slowed down. After being diagnosed, I’ve given myself permission to say no to events that I don’t want to attend, to no overbook myself, & to sit back and enjoy life. I have a 3 & 5 year who they are constantly asking me to play silly games, lay in bed together, or give endless kisses and now I say yes to it all. They aren’t young forever and taking in these sweet moments are what keep me going. They have been a huge part of my recovery and I strive daily to make them proud. So slow down and enjoy the life you are fighting so hard to keep.  * MAMMOGRAMS SAVE LIVES. I can’t begin to say how incredibly impor
Read more